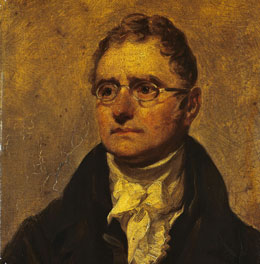 It is a little known fact that Beethoven composed more folksong settings than he did works of any other genre, and that he arranged more traditional airs from Ireland than from any other country.

Beethoven didn’t set the texts of the Irish folksongs. He arranged the melodies sent to him by George Thomson. Thomson then applied texts retrospectively to Beethoven’s settings.

George Thomson (1757-1851), a Scotsman, collected and published Scottish and Welsh folk melodies, and engaged well-known composers of the time, such as Pleyel, Kozeluch and Haydn, to compose piano accompaniments for these airs, with optional violin and cello parts. The settings usually featured instrumental introductions and conclusions. He then commissioned poets to provide texts for the melodies, and used poems by Burns and Scott, by Byron, and the lesser-known Scottish poet, Joanna Bailie and, most frequently, by William Smyth, Professor of History at Cambridge, who had a keen interest in music.

When Thomson’s friend, the poet Robert Burns, suggested that Thomson should publish arrangements of Irish melodies, he offered to supply the poetry for them. Since Haydn’s health was failing, Thomson decided to ask Beethoven, the most famous composer at the time, to provide arrangements. After negotiation about remuneration, Beethoven agreed, and Thomson sent him the first group of Irish melodies in 1809. While some of the airs sent to Beethoven by Thomson are taken from Edward Bunting’s collections, most of them were obtained from friends, one of whom was a Dr J. Latham from Cork. This explains why so many of Moore’s airs are the same or similar: they most likely came from the same sources. Several of the airs Thomson used cannot be found in any collection, effectively making him the source of these melodies.

Thomson duly published two volumes of Irish songs in 1814 and in 1816. Noted Beethoven scholar, Professor Barry Cooper, states that Beethoven’s settings have ‘a kind of sophisticated artlessness that no ordinary composer could achieve’. *

Burns died in 1796, and Thomson endeavoured to interest the popular Irish poet, Thomas Moore, to provide poems for his collected melodies, but Moore had other plans, and eventually refused Thomson in favour of another publisher, J. & W. Power, of London and Dublin. This collaboration resulted in Moore’s Irish Melodies which became a principal source of income for Moore, and assured his subsequent fame. Thomson could not, therefore, use any of Moore’s texts, and indeed stated that Moore had ‘stolen a march on him’. Apart from commissioning some texts from Walter Scott, Byron and Alexander Boswell, Thomson obtained texts from William Smyth, Joanna Baillie, John Philpott Curran, Mrs. A. Grant, David Thomson (brother of George), and T. Toms.

Why revisit the songs?