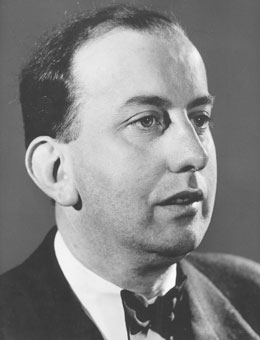 Tomás Ó Súilleabháin (1919-2012), who worked as a civil servant in the Department of Customs and Excise, had a parallel musical career in Dublin as a multi-faceted musician. Described by Axel Klein as ‘one of the most important champions of contemporary Irish music’, he was baritone soloist in first performances of works by the foremost Irish composers of the twentieth century, many of which works were dedicated to him.

Ó Súilleabháin’s association with Radio Éireann started in 1943, and many of his recordings of works by Irish composers are available in the RTÉ Sound Library. He was the first singer to perform Samuel Barber’s songs in Ireland, and in 1958 broadcast a programme of songs by Barber (with whom he corresponded) and Fauré on the BBC Third Programme.

Before his death, Ó Súilleabháin completed this new edition (publication pending) of Beethoven’s settings of Irish folksongs, with newly-chosen texts by Thomas Moore and Robert Burns. These scores, based on manuscripts from the Staatsbibliothek in Berlin, are the basis for this recording: Beethoven’s Irish Songs Revisited. It is the first time that all the Irish songs have been recorded together.

In June, 2012, Tomás Ó Súilleabháin was awarded honorary membership of the Society for Musicology in Ireland in recognition of significant contribution to music in Ireland.